This section contains information about all current special offers, news, photo and video reports from the events held 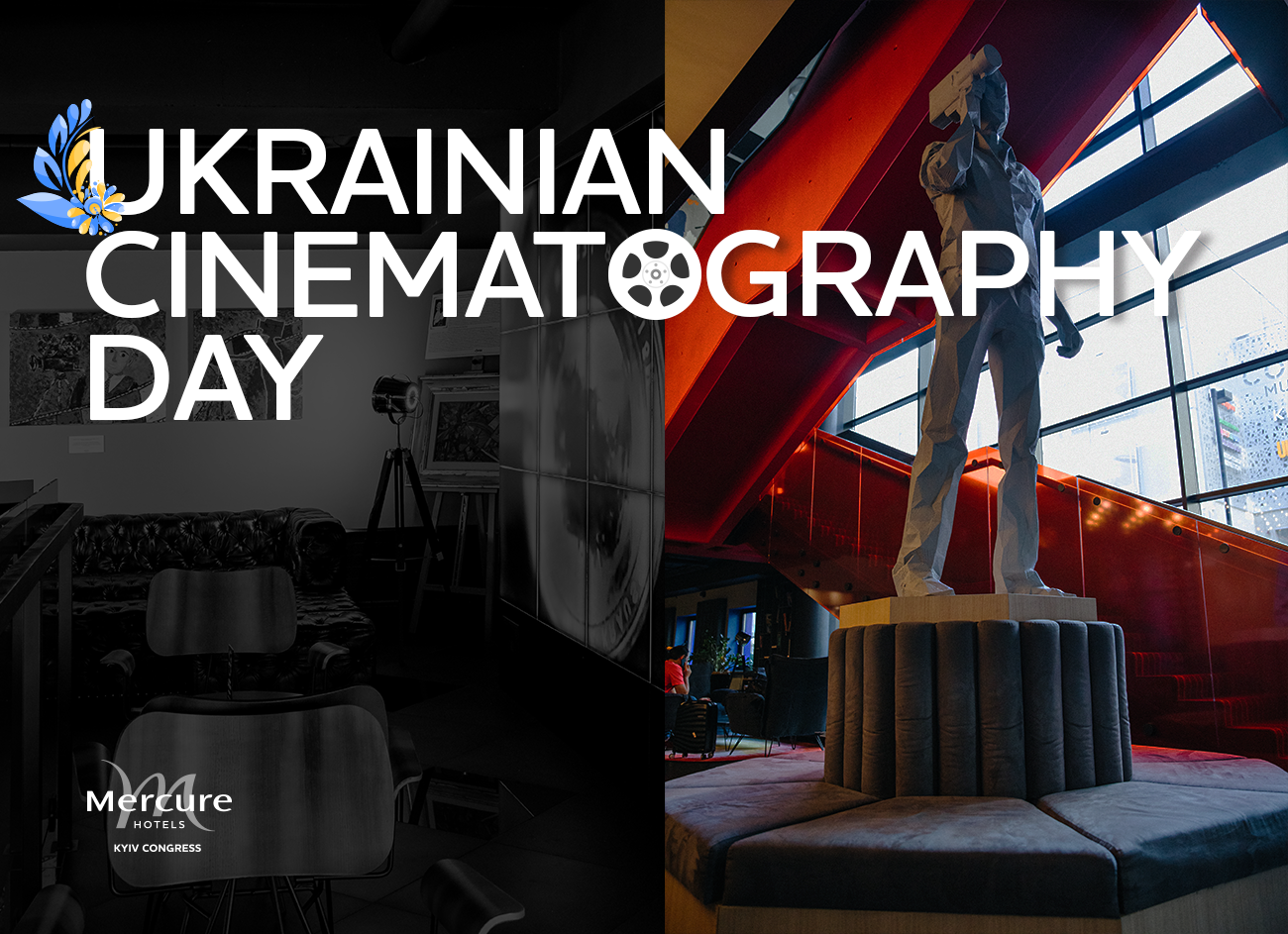 Since 1996, the day of Ukrainian cinema is celebrated on the second Saturday of September.

But its story begins a hundred years earlier - in 1896 in Kharkiv director Alfred Fedetsky had shot several chronicles.

In 1928, the Kyiv Film Factory was launched. Later it became the Oleksandr Dovzhenko Film Studio, the alma mater of many world cinema masterpieces.

The new generation of Ukrainian cinema - Oleg Sentsov, Akhtem Seytablaev, Serhiy Loznytsia, Irina Tsilik, Vitaliy Zaporozhchenko, Natalka Vorozhbit and many others - tell the world about Ukraine by discovering it from different sides.

Mercure Kyiv Congress hotel is also involved in this holiday. We are located closely to the legendary Dovzhenko studio, so a lot of movie accents and artifacts are used in hotel's design - real film projectors, a constant art exhibition dedicated to Ukrainian movie classicists by famous Kyiv artist Olesya Didik, colossus figure "A man with a movie camera" meeting guests at the reception desk, and many other eye catchers.

We wish a lot of new masterpieces, world recognition and Victory!